When thinking about Belgium, other than the European Parliament and a popular breed of police dogs, we can also think of its beer. Jupiler, part of the AB InBev family of brands, is one of the most famous breweries in Europe, proudly associating itself with the country of its origin. In 2021, Jupiler went digital and set up two direct-to-consumer (DTC) online shops just in time for a nerve-wracking Eurocup – because what goes better with high-quality football than chilled beer delivered straight to your door?

The joy of chilled beer & football

Behind every crisis, there’s an opportunity. After the COVID-19 restrictions were imposed, the attendance to the stadiums was reduced to none or quite a few seats, and thousands of passionate supporters had to watch their teams on a screen.

Slowly, while governments started to soften the healthy measures in June 2021, small groups of close gatherings could meet legally and safely again. But several conditions made the reopening even more exciting: the arrival of a warmer season, the start of the Eurocup and the accumulated emotion to be reunited with people after a long social-distancing period.

Jupiler recognized that this is the perfect timing to focus on how beer – and football – brings people together. Generally, the brand is not only the sponsor of the most popular festival in Europe, Tomorrowland, but also the proof of how the culture of sports practising and sports watching is present in the Belgian culture. It sponsors both the Belgian Pro League and the second division in the Netherlands, as well as the Belgian national football team.

We don’t know if Jupiler defined red as its brand color to intentionally match with the official hues of the Belgian Red Devils, but the truth is, this year its strategy exceeded the expectations for the Eurocup. The Belgian national football team supporters could now order, on Jupiler’s direct-to-consumer online store, a Gold Box equipped with a Philips draft machine, bar keeper t-shirts, glasses, flaglines, tifos and even face tattoos to become a total Red Devil fan.

But that’s not all! Jupiler thought about the moment in which its end-consumers would have the opportunity to celebrate again with their friends and family. Given the success of the Gold Box, it then made sense to offer an innovative party pack to live, from home, that crowd feeling of the stadium. And that’s when they created a second online store, self-explanatorily titled Jupiler Events.

On that website, the officially named Red Devils Party @ Home Experience would be a memorable event brought to the supporters’ homes, where the protagonist wouldn’t be the beer but the event itself. That’s how Jupiler would accompany fans to this new stage of after-pandemic parties: you choose the game, select the extras (e.g. bartender, other drinks, even snacks!), schedule the delivery and… have fun! A couple of days after the match, Jupiler picks up everything as if your home had never held such a party! Magic!

“We thought: if people cannot come to events, we could bring the events to them.”

Having the accumulated experience of knowing how to set up bars, knowing the equipment needed plus its characteristics and, at the same time, being both a beer producer and distributor, has led Jupiler to a unique position that enables it to deliver the best experience straight to the customers’ homes.

Anheuser-Busch InBev, the group behind the Jupiler brand, started seeing a shift in the sales of its beverages, especially during the pandemic, from businesses like bars and restaurants to supermarkets, retailers and grocery stores. Remarkably, a portion of the sales were also increasingly being made directly from households, where consumers were getting their beers right away without having to carry heavy weights in their cars and upstairs to their apartments.

Amazingly, once the sales made by bars, restaurants and other third-sector businesses have recovered, the DTC digital channel hasn’t lowered in compensation. Instead, it has now gained its portion of the pie for food and beverages and seems to be getting stabilized.

“Now, especially after the pandemic, a lot of companies have decided to invest more in their ecommerce channel, and so it has happened in Jupiler.”

The investments into the digital areas are constantly increasing. Many players are now considering their ecommerce channels as an essential part of their businesses and for AB InBev, it’s all about offering a holistic customer experience, no matter if they’re B2B or DTC ones. The reasons are clear: having your own ecommerce allows you to close the gap between the customer and the brand, garner customer insights and see how effective your initiatives and campaigns are, either online or offline, analyze what they bring and, finally, target and sell better.

The role of technology

The Jupiler DTC online shop was recently revamped into an easier-to-navigate, looking-better-than-ever website. Applying the same VTEX technology as the brand had in numerous South American countries (e.g. Emporio de la Cerveja in Brazil, Casa de la Cerveza in Chile, Modelorama Now in Mexico), the current intention in Europe is to end up having a single centralised team and technology instead of a fragmented landscape.

“My job is to make sure that we have the same technology cross-country and ensure everything runs smoothly.”

For that vision, Jupiler’s DTC online shops, powered by VTEX technology, were key. Jupiler’s developers quickly discovered how customizable and adaptable VTEX’s applications are. For instance, the possibility to set up personalized shops that really fit a specific market lets them innovate the user experience. Additionally, the support from the VTEX’s customer success team is essential and the platform’s lack of limitations is considerable when compared to other software.

“People in my team, without having any technical or development background, can go to the admin panel and easily change things. They are able to operate and figure things out by themselves. They obtain valuable independence from being able to upload new products that are going to show up on the page immediately.”

The events online shop was built within just a week by a sole developer. They just had to reuse elements of the already-existing DTC online shop and the process was smooth and fast. Overall, Jupiler’s DTC channels registered an increase of +107% in YoY profits with VTEX when compared to the previous platform. Plus, all these results came organically, making them even more astonishing.

Last but not least, this same project can be scaled to other countries in just a few steps! This is something that enables Jupiler and AB InBev to quickly expand within more regions in the near future, without having to invest much more effort nor budget. Time for all football fans and beer lovers to rejoice in anticipation. 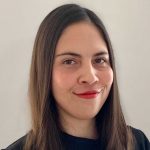