What are Progressive Web Apps (PWAs) and its benefits? 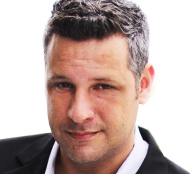 Users are impatient. If a page doesn’t load within a couple of seconds, a lot of them will wander away. But what if you could deliver a Web application that starts running instantly?

Users would be able to jump right into it and get the information they want. Progressive Web Applications, or PWAs, make this possible. Users can interact with them even when they don’t have a Web connection.

For this reason, we will briefly discuss its concept, its application in eCommerce, benefits and the next steps of this technology. Check out the article!

How a PWA works?

PWAs aren’t magic. They actually take some time to download. But once they’re downloaded, they’re immediately available, just as if the user had downloaded and installed an app.

They rely on some fairly new features in HTML5. When a browser which supports the features sees a preload link in a page, it will start downloading the linked file immediately. It often will be fully downloaded and available as soon as the user clicks on it.

The preload link downloads what it is called “Service Worker”, a technology introduced by Google, are the heart of PWAs. The Service Worker registers itself on the client side, then it can cache resources in a granular way.

This is what gives the application its “progressive” nature; it loads resources as it needs them, so it never makes the user wait a long time. Service workers can update their data in the background, saving the time of updating themselves when the user next invokes them.

If an Internet connection isn’t available, the PWA can provide some functionality based on what it has already loaded. It may be able to hold and cache requests for whenever connectivity comes back.

PWAs are useful in many of the situations like mobile apps currently serve but applied on a website. They’re most useful when users will make repeated use of them, like an eCommerce.

An eCommerce with hundred or millions of products can fully preload all products pictures, information, and prices. Without making the user waiting, to navigate and allowing them to close order. It can let customers order items which they have previously looked at, whether they have a connection at the moment or not. When connected, they can ask about an order’s status and get an almost instantaneous response.

The moment I am writing this article there are several apps starting to be presented as websites, which is a possibility, but in the opposite direction to use it. Speaking about large online platforms, only VTEX Commerce Cloud is already making the use of PWAs for the online stores of its customers.

PWAs are directly visible to search engines. That and the fact that they run from the browser eliminate barriers to use. People can just start using them without explicitly downloading anything, so it’s easier to build a user base.

What’s more, they are also friendly to SEO, since Google gives a better ranking to the stores that use this technology.

There’s no need to submit a PWA to an app store. It just needs to be installed on the company’s website, and then it’s available to anyone who visits.

This makes the navigation and experience of using PWA as user-friendly as an app – even without the need for installation.

As these features become more widespread, the use of PWAs is certain to grow. They’ll replace discrete apps in many situations. They’re easier to download, and they aren’t isolated from the rest of the Web.

PWAs offer businesses a way to build an application user base faster than an old-style mobile app would let them, and the responsiveness of the application will impress users. Adopting the technology can give an innovative business a jump on its competitors.

Welcome aboard, the web is about to become 5 to 20 times faster. Suiteshare, which recently joined the VTEX family, is a platform that enables brands and retailers to sell and…

How to succeed when choosing the ideal ecommerce platform for online grocery?

Since COVID-19’s outburst in March 2020, grocery retailers were challenged to ensure that essential items would get to…

What is data privacy and why is this important for ecommerce?

If you have ever sold goods by phone or a website, paid using payment terminals or internet banking,… The year is 1999 and the “Y2K problem” is looming over everyone’s minds. “What will happen when we…

For ecommerce businesses, 2020 was a challenging but booming year. Every country and most industries saw significant growth… Welcome to the second part of this trilogy about omnichannel solutions. In the previous part, I presented the…