Aiming for high performance in ecommerce, Under Armour has implemented the VTEX solution In only 90 days of implementation, just by changing technological solutions, Under Armour sees its conversion rate increase by 35%.

Those who practice sports are aware that a high-quality product makes a significant difference in an athlete’s performance. Wearing a specific pair of running shoes could translate into an advantage of a few seconds during a training session or the difference between standing at the top of the podium and finishing second in a race.

This is the value proposition of the global sporting goods brand Under Armour, created in Baltimore 24 years ago and now present in more than 100 countries worldwide: creating products that are masterpieces when it comes to sports performance, designed to make athletes better, which has also led the company to develop fitness and digital health apps that connect people and boost the performance of its users.

This vision also applies to business. The pursuit of improving its online sales performance led Under Armour to look for ecommerce technology capable of meeting its high demands, just as the brand does for its athletic customers. In addition to taking conversion rates to a new level, the new technology enabled the native integration of ecommerce with marketplaces, centralizing in a single platform the management of products, inventories, prices, promotions, as well as customers and their orders, promoting greater agility and lower operating costs.

Under Armour partners with Mizuno and Olympikus, other Vulcabras Group brands, which had already been operating digitally on VTEX. Brazil is the first stage of the regional standardization project of the ecommerce platform to be throughout Latin America.

“Another important change in this project is the integration of service providers such as email marketing and payment methods for Brazil, expanded with the migration to VTEX. This brings agility gains, and the operation will no longer be vulnerable to exchange rate variations.”

Centralizing services in Brazil also aims to overcome communication difficulties and increase the pace of growth since the volume of business generated by the local market is much higher.

This rethinking of Under Armour‘s partnership architecture in the region sought to optimize the performance of digital service providers based in Brazil to serve all of Latin America. Now, services such as email marketing, payment methods and integrators, among others, will serve the region.

If performance is a vital aspect for Under Armour, it couldn’t be any different with the migration, which took less than 90 days and had the full commitment of its own team and that of VTEX.

Smartly, by focusing on the positive impact of changing ecommerce technology alone, Under Armour chose not to make any changes to the user interface. This allowed them to identify the effect of simply migrating to VTEX on their online store’s operating rates. Besides, the project took into account the strategic importance of ecommerce in the current scenario and the proximity of Black Friday, making the migration in just 90 days.

The results are outstanding, as the project’s completion allowed Under Armour to participate in Black Friday 2020 with its conversion rate 35% higher than the one they obtained through the previous solution.

VTEX‘s project with Under Armour could already be considered a success if only ecommerce performance were taken into account. However, besides performance improvements, the new ecommerce has some new features and capabilities not provided before the migration.

Now, the apparel and sports gear brand founded by Lengton Parruque is able to customize freight terms, work with local partners to optimize exchange processes, and take advantage of a broader range of payment methods. The architecture planned and implemented by VTEX has been designed to start omnichannel operations as soon as Under Armour desires. The integration between ecommerce and physical stores, whether company-owned or franchised, allows for greater agility in stock management, endless aisle strategies, and options such as click and collect or ship from store.

All the advantages that the VTEX solution now offers Under Armour allow the brand’s customer to have a more secure, seamless and complete experience, from purchase to post-purchase. An essential step towards harmony between technology and business and true strategic performance gains.

In a recent post, we explored how there has been a shift in the economic landscape over the… 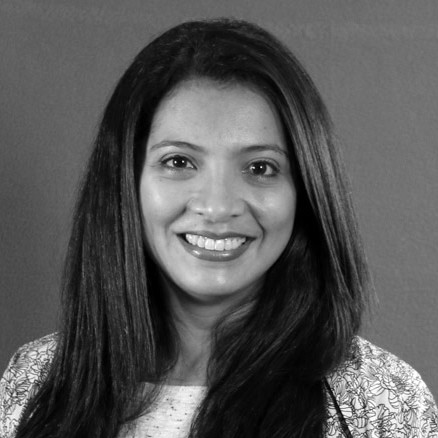